If you’re anything like me, you’re probably scrolling right past my words so you can see the new cover. Lol But if you can control yourself just a little longer, I’d like to explain some things about this story first.

I grew up hearing about how a riot in the 30s had burnt our county’s courthouse. Even at a young age, the historian in me was drawn to the story and the many unanswered questions. But it wasn’t until I ran across some pictures I had never seen before of the riot that a story idea was born. 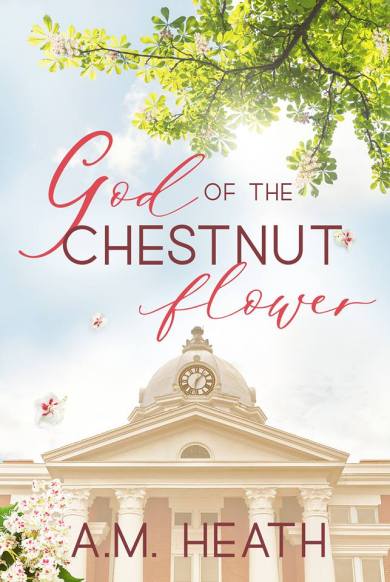 The making of the cover:
I normally design my front covers, but I knew from the start that this would need more than I was capable of creating. I sent some suggestions and scraps of photos to Krista Noorman and out popped this beauty!

From the beginning, I knew that this story would be different from anything else I’ve written. It’s still a work in progress, so it’s not easy to nail down the specific ways this story differs from my other works but I knew I wanted to strike a cord that I’ve not yet touched. But at the same time, I knew that I always wanted hope and romance to play a role in this. Our first attempt at a cover was darker with a muted yellow/brown backdrop. It was lovely but it just wasn’t right. I thought it was exactly what I wanted but when I saw it, I knew that it was lacking something vital. It needed a stronger presence of hope. And the moment I saw these brighter colors, that’s exactly what it said to me: Hope. And that’s what this story is really about. It doesn’t matter what our current circumstances look like; there is a hope found only in Christ that can never be matched here on earth.

The floating flowers! I had only shown this image to a few select people who were tasked with giving me some feedback during the creation process. I had some mixed results concerning the flowers. But for me, it was a no-brainer. They were the icing on the cake. They were the piece that tied all the other elements on the cover in together like a bow on a present. It was definitely a sort of signature touch for me. As well as the pink font. My heart gushes every time I see it.

The making of a title: God of the Chestnut Flower
I wanted to hit more of the Southern drama elements with this one so I purposely chose a title that would reflect that.
The chestnut flower actually means justice or seeks justice. So the title translates: God of Justice.

Publication Goal:
I’m still writing the first draft. I find it motivating to have the final image in hand, so I look forward to returning to this amazing story. I’d love to get it out sometime in 2020, but only the Lord knows what our futures hold. Stay tuned and I suppose we’ll all find out together. 😉

8 thoughts on “Cover and Title Reveal: A Southern Drama by A.M. Heath”