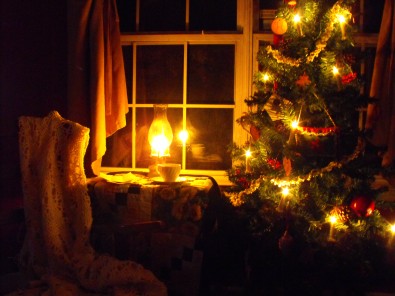 I spent months studying Christmas during the Civil War as I wrote multiple Christmas scenes for my series. And somewhere along the way, I fell in love. The more I imagined the Harpers celebrating around their tree, the more I wanted to see it. So I set out to recreate an 1860’s Christmas tree. I cut a few corners and worked with a fake tree and electric candles so this is more of a likeness. But I did do my homework and paid very close attention to the details. Keep scrolling to learn how I did it! 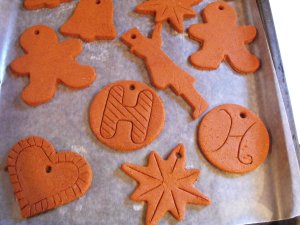 Step one: Making cinnamon ornaments.
In all my research, I haven’t found an account of them using cinnamon ornaments at that time, but this is just the sort of thing that could have been made and hung on the tree.
I also found no record of them using glass balls, tinsel, or beaded garland during this time either, so I refrained from doing so. But they did put small baskets, boxes, music instruments, toys and cakes on their trees. I left off the cake and couldn’t get my hands on the other things. 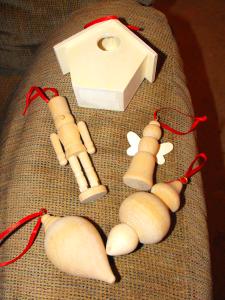 Next, I collected ornaments with that special homemade charm. Remember, they would have used toys, trinkets, small boxes, and dolls. So get creative here!

The crowning jewel was this ornament with the hand-carved look.

Most of what hung on their trees was meant to be given out as gifts on Christmas day. This is the reason for the toys, trinkets, and sweets. We decorate our trees today with the idea of reusing the ornaments the following year. 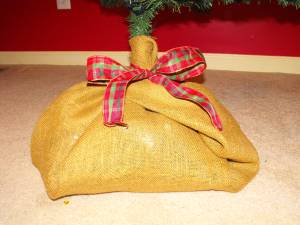 Since I used a fake tree, I decided to create a root ball by using a square of burlap and stuffing it and tying it off with a ribbon. 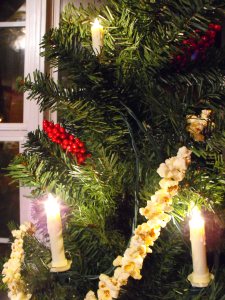 Next up, I added some fake berries, pine cones, string of popcorn, apples, and electronic candles. They did use candles on their trees and you can still find real candles and candle holders, but I wanted something that could last a little longer. The popcorn and apples would have been common on their trees. And the berries and pine cones were available to even the poorest people and likely could have made an appearance.

And last but not least, I wrapped empty boxes in brown paper and finished them off with ribbon that reminded me of patterns I have seen in period clothing. 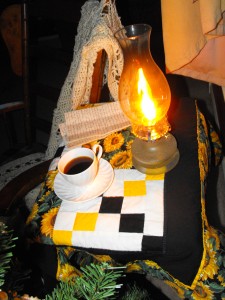 I took advantage of the moment and finished off the scene, by pulling together some props. I pulled out a small table, a couple homemade blankets, lantern, the letters used on my book covers, rocking chair, and a cup of coffee. 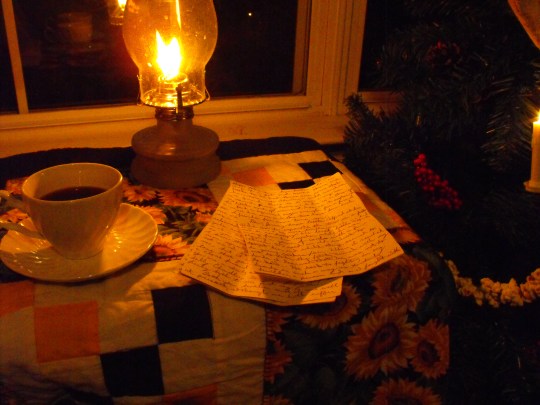