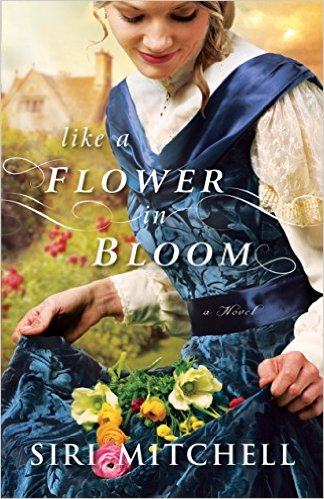 He Stole the Work She Loved.
Will She Let Him Steal Her Heart as Well?

It’s all her uncle’s fault. For years Charlotte Withersby has been free to pursue her love of plants and flowers by assisting her botanist father. But now that she’s reached the old age of twenty-two, an intrusive uncle has convinced her father that Charlotte’s future–the only proper future for a woman–is to be a wife and mother, not a scholar.

Her father is so dependent on her assistance that Charlotte believes he’ll soon change his mind…and then Edward Trimble shows up. A long-time botany correspondent in the South Pacific, Trimble arrives ready to step in as assistant so that Charlotte can step out into proper society–a world that baffles her with its unwritten rules, inexplicable expectations, and confounding fashion.

Things aren’t perfectly smooth between Trimble and her father, so Charlotte hatches a last gasp plan. She’ll pretend such an interest in marriage that the thought of losing her will make her father welcome her back. Only things go quickly awry, and she realizes that the one man who recognizes her intelligence is also the person she’s most angry with: Edward Trimble, her supposed rival. Suddenly juggling more suitors than she knows what to do with, Charlotte is caught in a trap of her own making. Will she have no choice but to leave her beloved flowers behind?

What I Loved: I find so much to praise here in Like a Flower in Bloom. I enjoyed that it was written in the first person. I found Charlotte to be very open and honest while also being naive and single-minded. I’ll be honest, Charolotte and her scatter-brained father were annoying at first but I came to love them both in time. Before long, Charlotte had endeared herself to me in a special way. The hero in the book was a hit from the very first scene, making Mr. Trimble and Charlotte one of my favorite couples of all time.
There was a solid message about being who God created you to be and using the gifts He gave you to serve Him right where you are. I appreciated the way Siri handled the message and it spoke to my own heart.

Rating and Recommendation: I found Like a Flower in Bloom to be a delightful read and give it five stars. I highly recommend it to anyone who enjoys Christian Historical Fiction.

4 thoughts on “Book Review: Like a Flower in Bloom by Siri Mitchell”