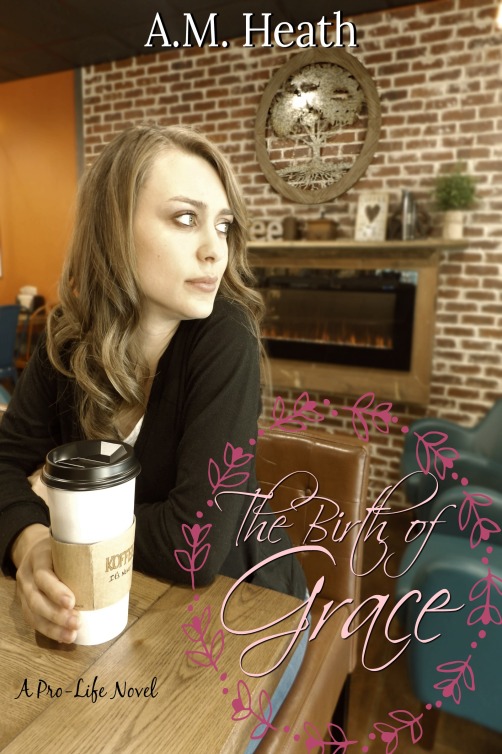 This is one of those surprise projects that fell into my lap and stole my heart all at once. I didn’t expect to tell this story anytime soon and yet here I am!

The Birth of Grace is special to me for two reasons: It carries a Pro-Life message and it’s inspired by my grandmother, Anita Vasquez.

My grandmother was adopted, and I’ve always been curious to know the story behind it. As it turns out, there are multiple adoption stories floating around. When I found out that more than one story existed, I was at first frustrated and then inspired. I began to feel the familiar tug of a novel buried deep within and soon crafted one about a granddaughter searching for the truth.

Because I want to guard my family, I’m choosing to separate the truth from the fiction. The fictional family does not resemble my real family in any purposeful way, and neither do the fictionalized adoption stories.

The cover and the title may be a tad misleading so allow me to explain. The character featured on the cover is Kaitlin Jefferson. She’s seeking the truth behind her grandmother Grace’s adoption. The adoption stories appear as short stories weaved into Kaitlin’s story. So throughout the novel, we move from the present day to the 1940s. Besides searching for the truth about her grandmother, Kaitlin is also dodging unwanted matchmaking schemes from her entire family and trying to get to know a certain handsome stranger better. This is a story of heart and comedy combined.

While my grandmother may have been viewed as a product of a bad choice or even a burden, she was offered life. And with her life, she loved. I don’t know what my great-grandmother faced. I don’t know if she chose to give her daughter away out of selfish reasons or necessity. But because she chose life, I’m alive today. Her one decision has given life to 8 children, 20 grandchildren, and 22 great-grandchildren and counting. To my great-grandmother: We may not know your name, but we thank you all the same. 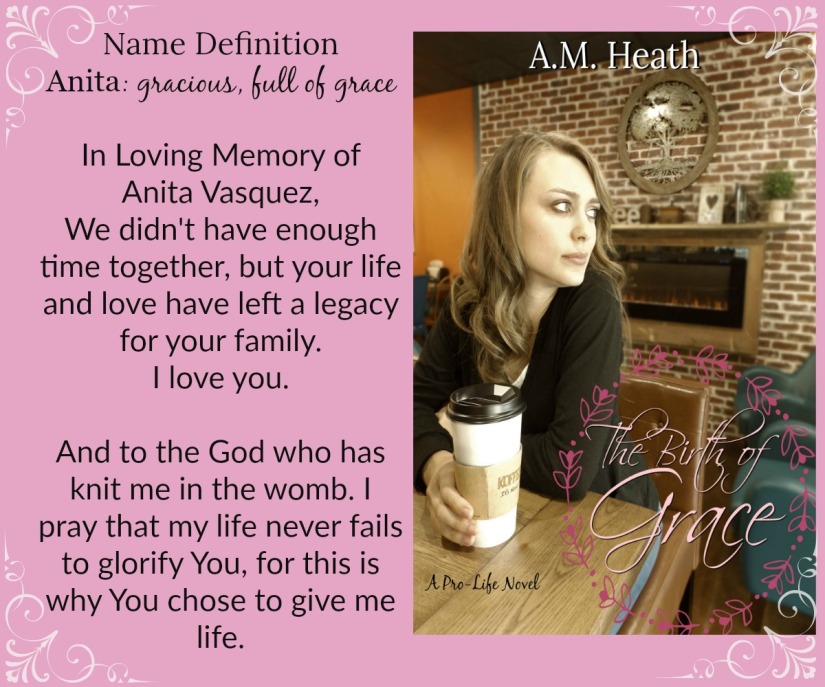 Projected Release Date: Sadly, this novel is still in the early stages of its first draft. Lord willing, I’ll be releasing 2 novels in Fall of 2018 as part of my new series, A Season Passed. Unless the Lord changes my course, my goal is to publish The Birth of Grace in Aug of 2019. I know it seems like forever away but you’ll catch me talking about Grace quite a bit in the months to come.

I’d appreciate your prayers as I continue working on all three upcoming novels. You can keep up with my progress by following me here on the blog as well as on Facebook.

6 thoughts on “Cover Reveal: The Birth of Grace by A.M. Heath”