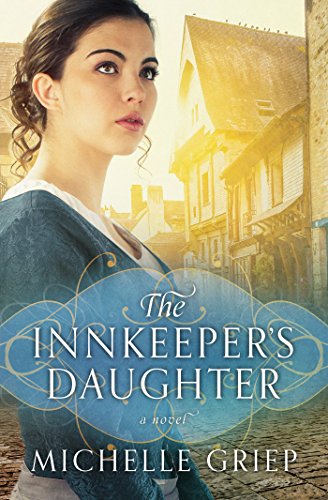 Dover, England, 1808: Officer Alexander Moore goes undercover as a gambling gentleman to expose a high-stakes plot against the king—and he’s a master of disguise, for Johanna Langley believes him to be quite the rogue. . .until she can no longer fight against his unrelenting charm.

All Johanna wants is to keep the family inn afloat, but when the rent and the hearth payment are due at the same time, where will she find the extra funds? If she doesn’t come up with the money, there will be nowhere to go other than the workhouse—where she’ll be separated from her ailing mother and ten-year-old brother.

Alex desperately wants to help Johanna, especially when she confides in him, but his mission—finding and bringing to justice a traitor to the crown—must come first, or they could all end up dead.

My Thoughts:  I think I say this with every Griep book that I’ve read, but still she somehow manages to surprise me with her ability to craft memorable quirky characters. Lucius and Nixie are two that have stayed with me long after I put down the book, and I’m guessing that they’ll remain with me. Seriously, Griep gets a standing ovation from me on this point alone.
One of the highlights of the book is Griep’s sound message on trusting Christ and not your own efforts. I appreciated the way this thread was weaved in throughout the novel and brought to life.
I will say for more sensitive readers, that I felt like The Innkeeper’s Daughter took on a darker side in terms of violence. I don’t think it went outside the bounds of Christian fiction, but it was beyond what I normally find. For those who read more suspense or thriller novels, you’re not likely to be surprised. But for those who stick to romance, it’ll be a little more surprising.
There was something about Alex and Johanna that just didn’t jive with me. I’m not sure why I was never fully able to connect with them. But I was completely taken in by the way the plot continued to evolve. Griep had certainly crafted a full ride for the reader, especially within those last 100 pages.

Rating and Recommendation: I’m giving The Innkeeper’s Daughter 4 stars and recommending it to those who enjoy Christian Historical Fiction or those looking for an undercover novel.

~ I received a copy from the publisher. All thoughts are my own. I was not compensated for this review.

2 thoughts on “Book Review: The Innkeeper’s Daughter by Michelle Griep”