I had so much fun playing the Love Song Game with my readers on Facebook! The rules were simple: Dedicate a love song to one of my couples from Where Can I Flee. If your song inspired me to create a meme, you received bragging rights and the first two chapters of In the Shadow of Thy Wings. If you’ve already won the first two chapters, then I’ll send over chapters three and four. There are TONS of great new changes awaiting our friends from Maple Grove, and some readers will get the chance to look into these things before the book is released.
Since I’m a fun-loving gal, I’ve decided to extend the game until Oct 20th. Have fun. Dedicate as many songs as you like to either Claire and Ralph or Frank and Sally. You can send me a song title, lyrics, or youtube video either here in the comments below or on my Facebook wall. Just don’t forget to tell me which couple you’re dedicating the song to.
I have two winners today! Please feel free to share, pin, and tweet these memes!

Can’t Fight This Feeling dedicated by Kimberly Francisco to Frank and Sally. 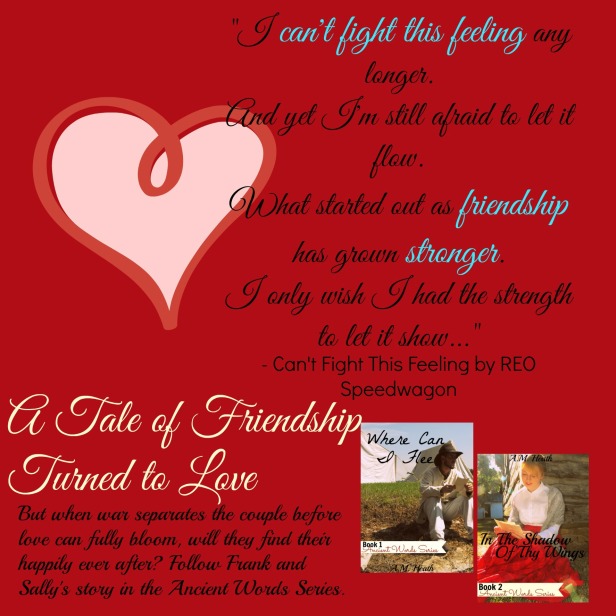 Love’s Enchantment dedicated by Kathleen Anderson to Claire and Ralph