If you’ve been around Historical Fiction for any amount of time, you would have picked up on keywords such as Edwardian, Regency, Antebellum, and Victorian to name a few. But what are these eras? How can you tell them apart? Is it possible to get a fairly accurate guess of the era just by the cover?
After spending years in a state of confusion, I set out to discover the difference between one era from another. And I’m ready to help you!
For my post, I decided not to focus on eras such as Biblical and Medieval. Biblical is easy to spot and, well, I don’t know anything about Medieval. Lol
I chose to focus on the eras most common in (English) Christian Historical Fiction.

So basically, what I found is that there are two different timelines: British and American. We find both commonly used in Christian Fiction.
While learning about both timelines was confusing at first, I managed to get the hang of things. I put together something simple for you to look at. You’re welcome. 😉

British Eras are determined by who is on the throne. It’s that simple.
American Eras…not so much. Our eras are based on wars and other political events. 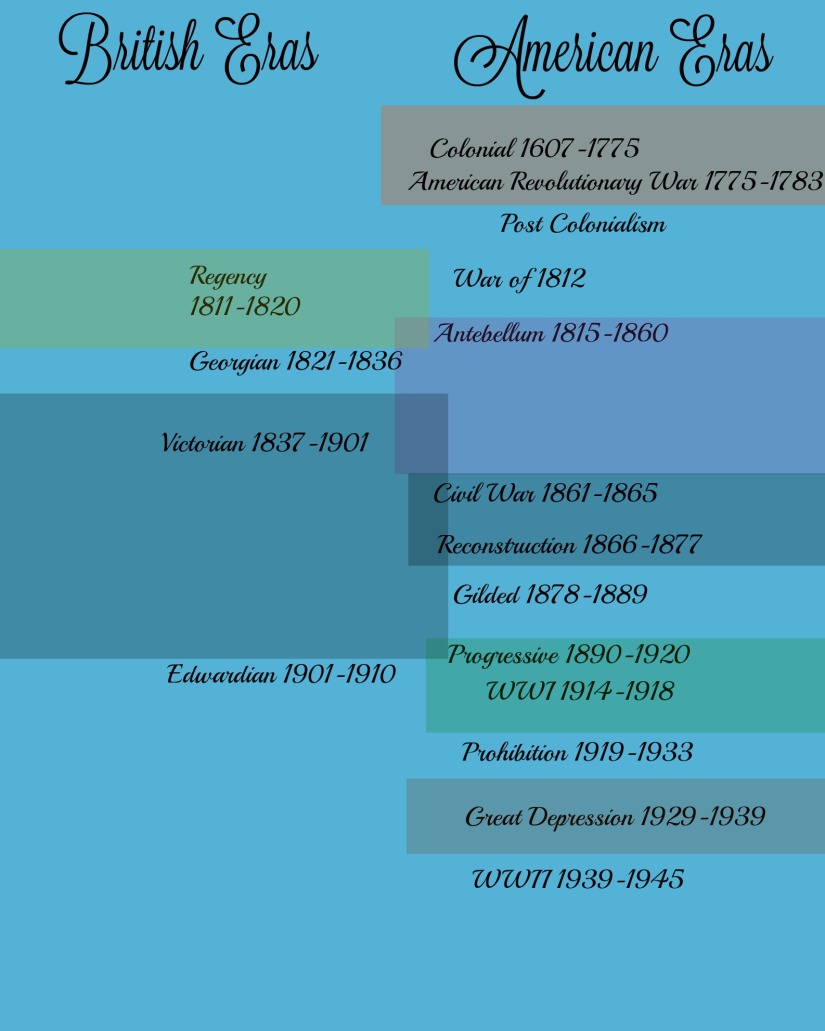 Now that’s the quick of it. Are you ready to dig a little deeper? Buckle up! Here we go!!!

Colonial, American Revolution, and Post-Colonialism:
Colonial technically only applies to that time in our nation’s history BEFORE the Revolutionary War. This is a time where the COLONIES was the main focus. There are a variety of Indian Wars that fall into this category.
Revolutionary War is the period of time when America was at war with England. That’s it. That’s all. In American eras, the wars always stand out as an era of their own.
Post-Colonialism refers to the years following the Revolutionary War up until the War of 1812. I’ve also found other names for this time period such as New Nation.

Here are two examples of dresses that we might find on the cover during either of these eras (Late Post-Colonialism styles will be shifting and not follow this style).
The most iconic things I’ve noticed during this era is the elbow or 3/4 sleeves on the dresses. I did see some examples where a full sleeve was worn but the 3/4 sleeve was very popular. 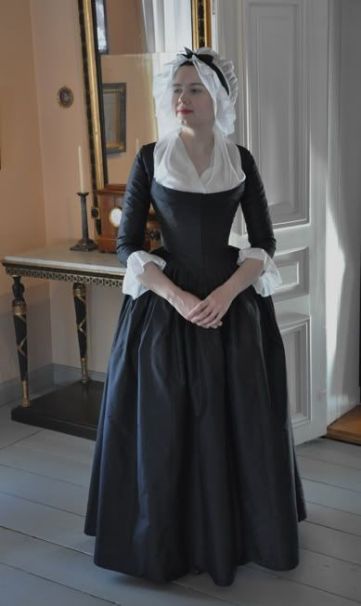 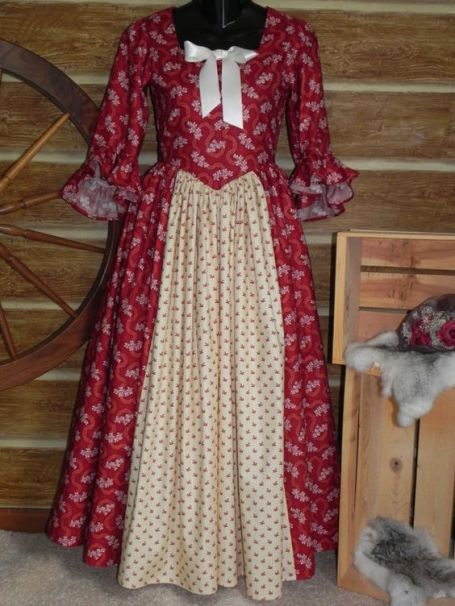 Regency and War of 1812:
Regency is probably one of the most well-known British eras and yet few people know what it actually stands for or how restricted the technical period is. Regency refers to the 9 years when George III was seriously ill and his son, George Prince Regent was in charge.
Regency is an interesting era in that it has adopted many works simply because it feels like it belongs rather than it was written, or set, during the restricted time period. The Regency era has such a style to it that it’s iconic all of its own and gathers other works under its heading.
War of 1812 is one of the lesser known wars in American history. The war takes place during the Regency era which is probably why it’s often overshadowed.
As for style, both of these eras are easy to spot by their high waisted gowns and thin skirts. 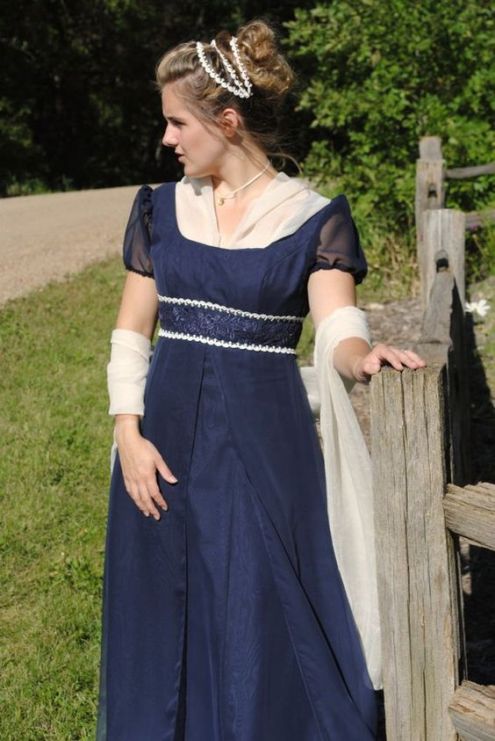 Georgian:
The Georgian period overlaps the Regency style and the style of 1830s. Those who write in this era WANT you to learn about this special time in history. For the rest of us, we’ve been known for mistaking it as either Regency or Victorian pending on the style. The early years of the Georgian period still have the look and feel of the Regency while the later part begins to look more Victorian.
Here are some examples from the 1830s. The skirts are beginning to swell back out, but most notably are the sleeves. WOW. Just wow.
*Notice the sleeves have dropped off the shoulder. This is a style that would carry on for decades to come. 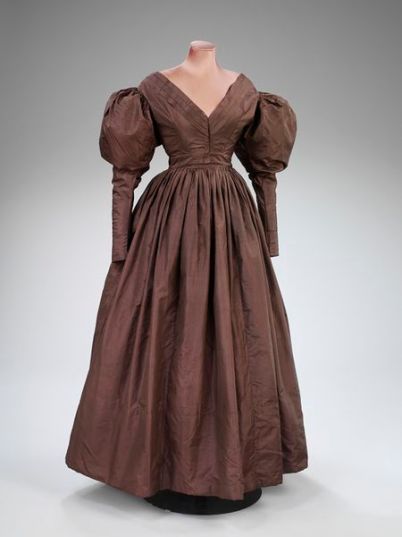 Victorian, Antebellum, Civil War, and Reconstruction:
The Victorian period is a very broad era and covers a great deal of change. This era refers to the years that Queen Victoria was on the throne. The Antebellum period begins before the Victorian but it’s common to see it listed under Victorian. Victorian is a great search term when studying life during the 1800s.
Antebellum is an American era following the War of 1812 and leads up to the Civil War. We normally think Southern Plantation when we hear the word Antebellum.
Civil War is strictly the years of the American Civil War.
The Reconstruction period is a time in our nation’s history following the Civil War where the south is being rebuilt and Freedmen are finding their footing. This is a very rocky time in our history, and books set during this era are normally full of strife.
The most iconic thing about fashion during the bulk of these eras are the belled skirts. The style of the skirt first begins to swell in the 1830s and reaches it fullest during the Civil War before shifting toward the back with the style of the bustle. 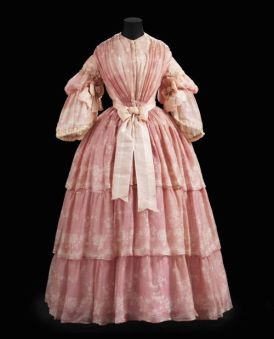 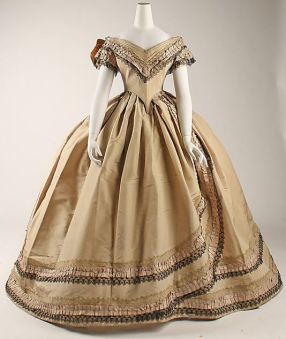 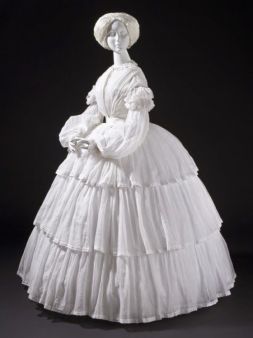 Gilded:
The Gilded Era was a time of mass immigration and industry in America. While not all novels are set in the north, it is a focal point of the era.
As for style, the belled skirt of the Civil War has changed into a slimmer skirt with a bustle on the back. This style takes on so many forms over the years but here are two examples of what to look for. 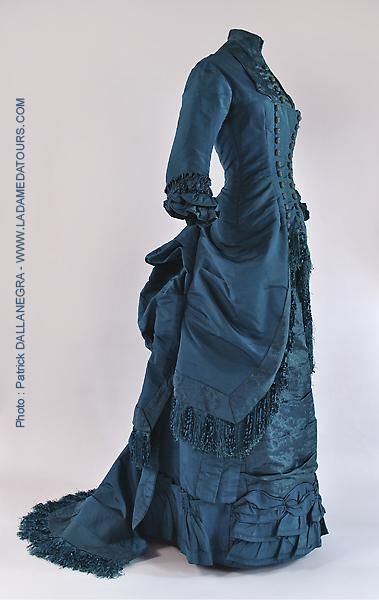 Progressive, Edwardian, and WWI:
Progressive is what it sounds, an era known for its progress and covers 30 years of American history. 🙂
Edwardian ushers in a new ruler in England.
WWI takes place between 1914-1918
Now for the style, there are several changes taking place. We’ll look at them one decade at a time.
1890 and the bustle is almost completely gone. Some women still wore them but they were fading out. Sleeves become the new focus. One year they are comically large and the next, they are slim and trim. 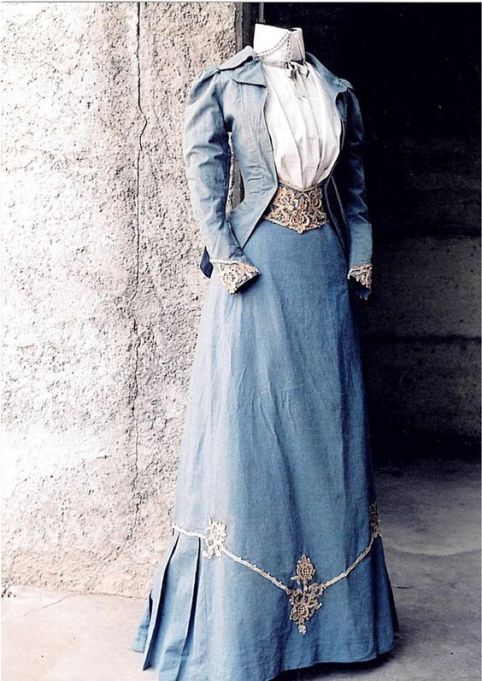 1900 and we’ll find that sleeves are being controlled once more and the skirts have remained slim. 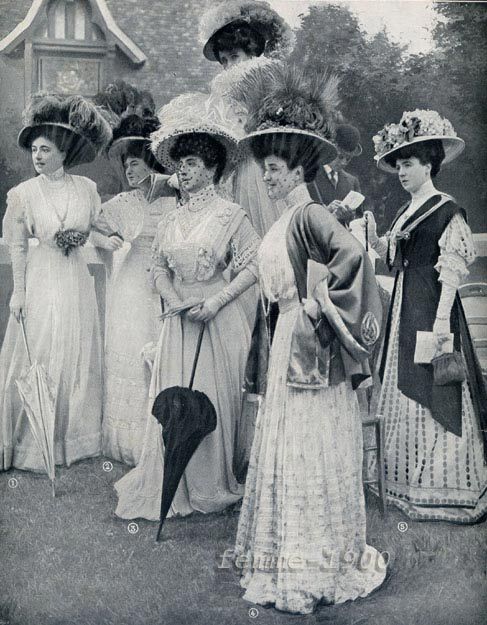 WWI or 1910 and the skirts are shorter than ever before. You’ll notice a pre-flapper quality to these dresses in the samples below.

Prohibition and the Great Depression:
The Prohibition is a time in American history when alcohol was outlawed. You’ll also find terms such as The Roaring Twenties and the Jazz Age.
The Great Depression is the era during the 1930s when the American economy had hit rock bottom.
As for style, the flapper dresses are well known and easy to spot and they represent the 1920s. 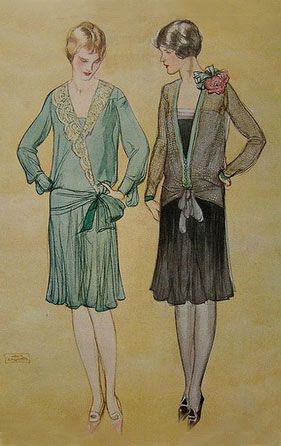 The 1930s finds women wearing short dresses on a regular basis. Unless the novel features a starlight, you’ll likely be looking at a homemade-styled dress in a pretty printed fabric like in the examples below. 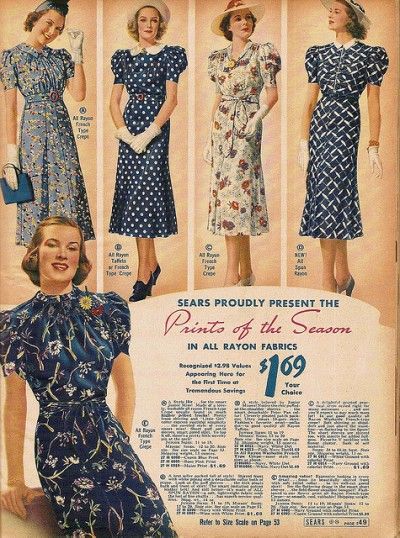 WWII:
WWII covers the years of the second world war between 1939-1945.
The styles are beautifully feminine. It’s common to find the hair fashionably curled and the skirts knee length. 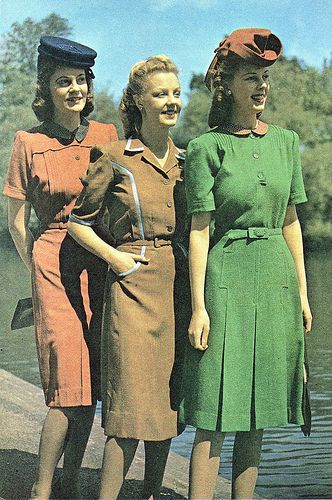 I hope that helps!! But why don’t we try putting this knowledge to the test? 🙂 Based on the covers below, can you tell which eras each of these novels are set in? 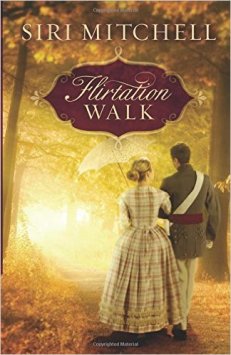 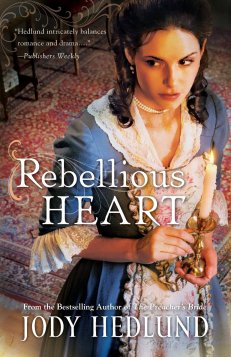 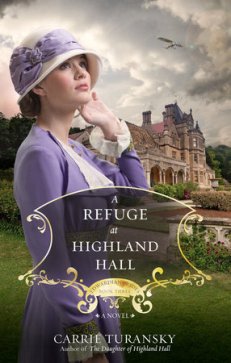 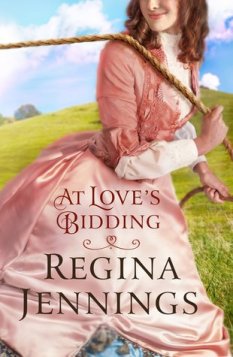 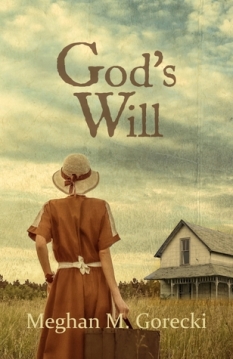 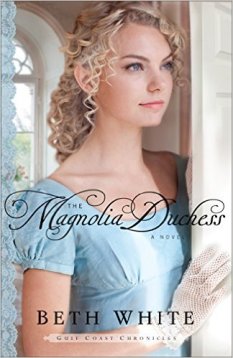 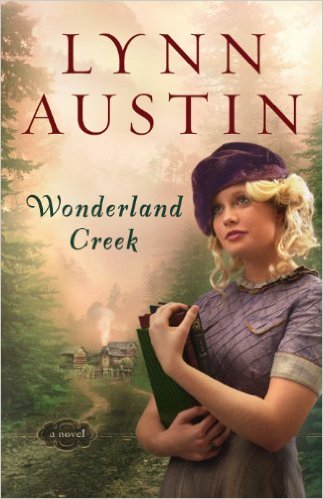 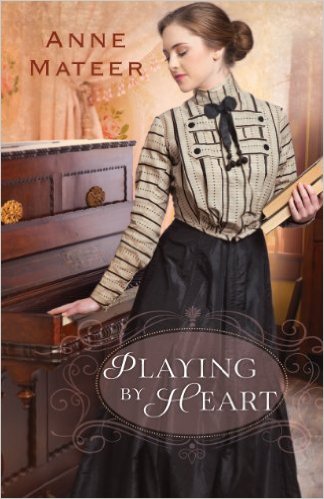