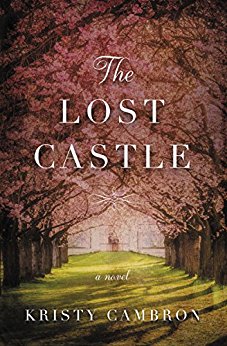 Broken-down walls and crumbling stones seemed to possess a secret language all their own.

What stories would they tell, if she finally listened?

Ellie Carver arrives at her grandmother’s bedside expecting to find her silently slipping away. Instead, the beloved woman begins speaking. Of a secret past and castle ruins forgotten by time. Of a hidden chapel that served as a rendezvous for the French Resistance in World War II. Of lost love and deep regret . . .

Each piece that unlocks the story seems to unlock part of Ellie too—where she came from and who she is becoming. But her grandmother is quickly disappearing into the shadows of Alzheimer’s and Ellie must act fast if she wants to uncover the truth of her family’s history. Drawn by the mystery surrounding The Sleeping Beauty—a castle so named for Charles Perrault’s beloved fairy tale—Ellie embarks on a journey to France’s Loire Valley in hopes that she can unearth its secrets before time silences them forever.

Bridging the past to the present in three time periods—the French Revolution, World War II, and present day—The Lost Castle is a story of loves won and lost, of battles waged in the hearts of men, and of an enchanted castle that stood witness to it all, inspiring a legacy of faith through the generations.

My Thoughts: The story inside is just as lovely as the cover, and that’s really saying something! There are three different stories taking place in three vastly different eras. The only complaint I have is that is was confusing in the first 100 pages as you were getting established within 3 different stories while all three stories bounced to a past and present moment in the heroine’s timeline. Once I became grounded and could understand the flow of the story, I was able to fully enjoy it.
Cambron touched upon eras and settings that I rarely get to read: The French Revolution, WWII in France, and a present-day French vacation. Each one was enjoyable and even though they took place in the same locations, they felt vastly different. The setting was easy to visualize through Cambron’s vibrant descriptions.
All three plots carried their own purpose, spunky heroine, romance, and one had a thicker mystery while the other two had higher threat levels.
Overall, this was a delightful novel and I’m looking forward to the Irish adventure Cambron is preparing for us.

Rating and recommendation: I’m giving The Lost Castle 5 stars and recommending it for those who enjoy historical fiction, war fiction, and multi-timeline stories.

~ I received a copy from Net Galley. All thoughts are my own. I was not compensated for this review.